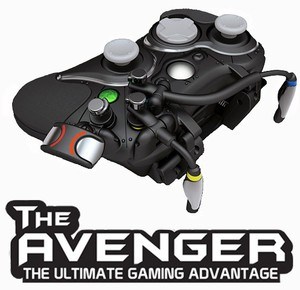 The Avenger Controller isn’t really a controller, rather it’s an add on that snaps onto your existing XBOX 360 controller. It offers adjustable hair trigger controls and special levers so that fingers across the controller can control buttons on the other side. Best part about it, the developer claims that you won’t get banned from XBOX Live. That’s because this is an add on to an existing official XBOX controller and not an “illegal” controller hack that can be caught by XBOX Live. That said, get ready to pwn!